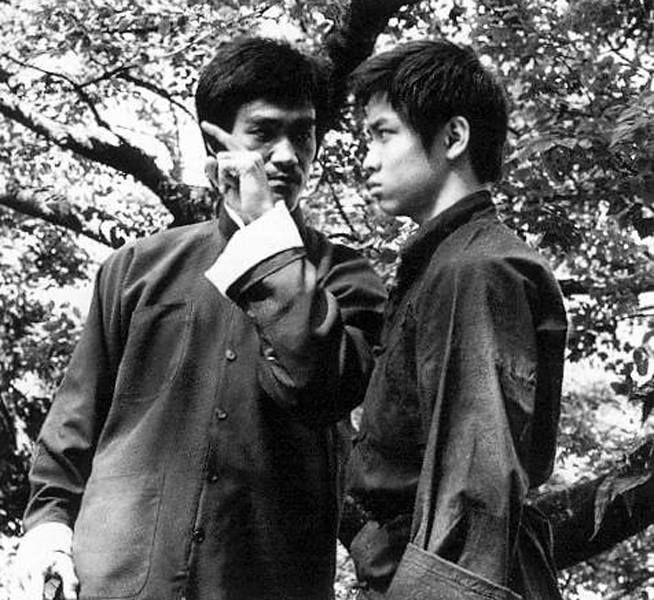 A mostly quiet day at home.
A phone call with a friend.
Sunlight flooding the open door.
Occasional breeze playfully moving papers around.
Work in the usual manner. Things get accomplished.
At times a brief burst of construction from the nearby lot.
I have lunch.
I make dinner, listening to Corrine`s new album.
I talk to Eri on the phone. She is on the bus coming home but will be back late.

In the early hours of the day a quote from Enter the Dragon popped into my head.

“It is like a finger pointing at the moon. Don`t concentrate on the finger or you will miss all that heavenly glory.”

The pointing finger is an action. All action has a purpose that transcends the action itself. If one gets stuck in the performance of the action itself, then one will overlook the purpose of that action, and thus miss out on the “heavenly glory” of what is being generated. The action is in service to something greater than the action itself that the action will cause to come into being.

It`s like performing an asana for the purpose of “striking a pose.” There is much more purpose to each physical form than simply for the sake of the physical form.

During a brief respite from work I watched John Legend`s video for You and I. It floored me. The message of the video, to me, was to stop getting caught up in the physical form.

Krishna indicates in the Bhagavad Gita that the one who is established in Yoga performs actions but is not attached to either the fruits or inaction.

Bruce Lee: “No way as the way. No limitation as limitation.”

It is an interesting play!
Only enough focus on action to set in motion enough potential energy to cause effects with the intention for an end result that I am not to attach any expectations to. Yet, generate enough will to have the possibility of the action actually producing the intended result.